The opioid overdose killed more than 4000 Canadians in 2017. Ontario implemented new sex ed curriculum in 2106 due to the trend that sexual behaviours begin at younger ages. In November 2017, Canada passed Bill C-45 to legalized marijuana. 26.7% of Canadians have obesity in 2015. For every given year, 1out of 5 Canadian have mental health problem or illness. All politicians agree that we should fight obesity and provide more mental health support, but they may fight each other on whether we should legalizing marijuana or implementing the Sex Ed. All these phenomena are just symptoms. Our government policies and our partisan politics are all missing the point. The root cause of these symptoms is that our society lacks the spiritual life. Our society indulges in the abundance of materials and losses our spirituality.

In 1923, Sigmund Freud published his works of The Ego and the Id. From his long time clinical practice in treating mental illnesses, Freud induced his structure model of the human psyche. In his structure model, the behaviours of a person are governed by his Id, Ego, and Super-ego.

The Ego is the most humanistic psyche. It comprises self-awareness, will, memory, thought, knowledge, reason, and judgment. Our laws are based on this humanistic psyche. If a criminal is proved insane, he is exempted from legal responsibility because he lacks judgment and will. Whoever lacks Ego is insane. At Ego level, Human is humanity being.

The Middle Age is a totalitarian society that religious doctrine becomes the coercive law. The religious “spirituality” suppressed the mundane desires. The social psyche was that the Super-Ego suppressed both Ego and Id. Renaissance is the historical period that shaped our modern man. The Renaissance movement, in the social psyche aspect, was a rebel of Ego and Id against the Medieval Super-Ego. The ideological paradigm switched through Renaissance from religious spirituality to mundane individualism. The Renaissance Ego rebelled the Medieval Super-Ego using Id as a weapon. The naked bodies of the Renaissance sculptures or paintings are the positive confirmation of the Id desires. Renaissance emphasized the humanity on the Id aspect, alongside with the Ego aspect: reason and open-mind. The confirmation of Id desire was the weapon of Ego rebel the Medieval Super-Ego. This weapon, in turn, becomes our capitalist ideology, and the Super-Ego of our society: individualism.

Individualism rationalized the Id instinct in every aspect of our life, and become the norm of our society. This norm internalized into our Super-Ego, so that the Super-Ego and the Id cooperated hand in hand to suppress the Ego. This modern social psyche structure, combined with the advanced industrialization that produces abundant consumer goods, produces the social illness. We know junk food is bad to our health and exercise is good to our health; however, our weak Ego lacks the will and discipline to control our diet and living habit, so that our society developed the epidemic of obesity. The solution is not just awareness and education; it needs humanistic spiritual activities to cultivate a strong Ego.

The Super-Ego of our society, in the name of freedom of religion, let some religions using religious doctrine to fight the materialism. It is the counteraction of Renaissance. The result is a fighting front between religious ideology and liberal ideology. Both sides of the front are trying to use one Super-Ego to replace other Super-Ego. Both suppress the Ego. The terrorist attacks of suicide bombers are the manifestation that the Medieval Super-Ego suppresses the Ego: human life is no worth to preserve for the sake of religious spirit. Yet our liberal ideology, in the name of freedom of religion, allows the counteraction of Renaissance survives in our society. That is why we continue to have homegrown terrorists: they are born in Canada, they grow up in Canada, they are educated in our public schools and universities, yet their religious Super-Ego dominated their Ego.

We can have a more healthy cultural life such as dance and sing song that cost less than the cannabis. We can have our youth to play musical instruments or painting to cultivate our spirit other than to abuse substances to weaken our humanist spirit. Investment in marijuana dispensaries, needle exchange, to remove the stigma of drug addiction is not addressing the root causes. Our government should invest, in addition to baseball diamonds and hockey arenas, in more facilities for cultural activities. These cultural activities cultivate humanistic spirit that strengthens our Ego.

The GNP per capita of China is only one-fifth of that of the USA, yet the life expectancy of China is already close to that of the USA. One of the reasons is that, as a humanist civilization for five thousand years, China has a rich humanist cultural and spiritual life. Chinese people enjoy the practice of calligraphy, the Go chess, the Taiji that cultivates both body and mind, and most recently, the square dancing of old ladies. Today, China is the least ideological society, as shown in its foreign policy that ignores all ideological consideration. That is the sign of modest Super-Ego controllable by the Ego. The spiritual life in China is mostly in humanist spirituality. Recently, the counteraction of Renaissance is developing in China in the name of freedom of religion, but the humanist spirituality, the Ego, is still the dominating social psyche. Chinese Canadians have many cultural spiritual activities in their community. They can contribute more to our multiculturalism by its rich cultural lives.

Instead of wasting our political resources in the ideological war between liberalism and religious conservatism, instead of wasting tax money on the government programs that persist the lavish materialism, we should promote humanist spirituality. As an immigrant country of multiculturalism, Canada has rich cultural resources that can be promoted for our humanist spirituality, so to reduce early age immature sex life, reduce substance abuses, reduce obesity, reduce mental illness and to build a healthy society. 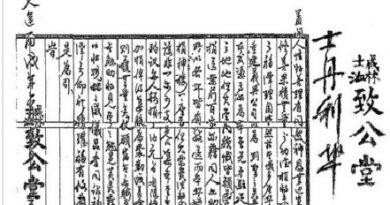 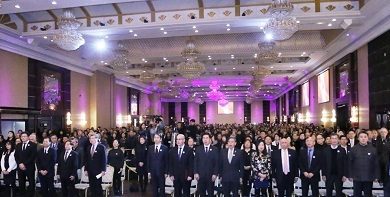