The number of deaths caused by opioid overdose is climbing. The death toll in British Columbia passed 1,100 in just 9 months this year, a figure larger than the total of the last year. The death of opioid overdose reaches 865 cases in 2016 in Ontario, a 19% of the increase. This epidemic claimed 2,800 people last year in Canada. The hospitalization of opioid poisoning is 10 people per 100,000 population in 2007 and estimated 16 this year. The crisis is the result of double abuses: abuse of the drug, and abuse of the substance.

An opioid is a drug for relief of pain. It is one of the many painkillers. It acts on the nervous system to interfere human sensation. It does not cure illness, nor to prevent illness. It is used to manage pains, to maintain the quality of life temporally. It is therefore called therapy. Once you used it, you have to keep using it until addicted to it. Because the opioid is not used to cure the illness, once the use of it stops, the pain will come back if the illness is not diminished. Opioid suppresses the problem, and create new problems of addiction and overdose. Some of the medical use of the opioid is abused if the pain is not eliminated by other means or the illness is not diagnosed as incurable.

Purdue Pharma, a private pharmacy company, released OxyContin, an opioid medicine, in 1995. Today the owner of the company, Sacklers family, is among the richest in America, with a net worth of thirteen billion, passing Rockefellers family. Medical profession changed their prescription practice since 1996. They prescribe opioid painkillers to patients, increasingly. The prescription opioid doubled from 1998 to 2007 in Canada. In the last five years, the prescriptions of opioid increased 6%. Retail pharmacies dispensed 19 million opioid prescriptions across Canada in 2016.

Canadians use painkillers 466,000 doses per day, second only to the US as the top painkiller consuming country. Pain is the intrinsic mechanism of our body to tell us something wrong with our body. The pain prevents us from normal motions, telling us we need treatment or rest. The abuse of painkiller silences the body signal. Because the reduced or eliminated pain signal, the illness that can be recovered by rest cannot get the chance. This will worsen the existing illness that in turn will cost our healthcare system more money to treat the patient. The painkiller market of Canada indicates a big problem with our healthcare system. Many illnesses that can recover earlier have been postponed to develop into more serious illness. That’s why we have a long waiting time and never enough hospital capacity. We don’t have a healthcare system. What we have is a sickness system. The increasing medicine market and the enlarging healthcare facilities are the results of more sick people. If we reduce the use of painkiller, patients will rest at home as the body tell them to. More illness will be recovered earlier and serious illness can be greatly reduced.

If our healthcare system is really working, people will be healthier and healthier, the market of painkiller will shrink smaller and smaller, there will be less and less illness, fewer and fewer people need the hospitals and clinics. If our medical profession is professional enough, they will be able to diagnose early sign of illness and put the initial tendency of illness into treatment, instead of using painkiller to wait the illness develop. We should award doctors who can detect the smallest sign of illness and put them into treatment. The healthcare system should have the priority of preventing illness first and cure the illness at the very beginning. Let patient take painkiller is to ignore the illness at the beginning and let it develop to a profitable stage for the interest groups that hijack our healthcare system. They increase the profitable market. A profitable market is the number of patients times the seriousness of their illness. That’s why our healthcare system becomes the illness system.

In addition to the abuse of the drug for the medical purpose, there is the abuse of substance for the recreational use of opioid. People who have no medical need but use opioid to induce instant satisfaction. Our body has its own mechanism to balance internal body chemicals. If we used a drug to tip off the balance of internal chemical, the body will react to balance it. One consequence of this is that the body will develop the drug dependence that the user will addict to the drug. Another consequence is that the user may need larger and larger dose to reach the same level of satisfaction, and eventually overdosed.

Drug-induced satisfaction is not a healthy lifestyle, nor a healthy recreation. Indulging ourselves in substance abuse causes the problem in our society. No society would promote recreational opioid or marijuana because of the risk of addiction and overdose. However, the use of marijuana and opioid has become an epidemic in Canada.

Our government has social programs and social workers to respond to personal, social and emotional needs of our citizens. Our government has Culture Youth Programs to help our youth grow in body, heart, and mind. We have schools to cultivate our next generation. Our schools and government programs should have guided the behaviours of our youth to avoid the substance abuse. Yet we failed. Now our government is expensing on needle exchange, drug dispensaries, and emergency service for the overdosed, not addressing the root causes of the opioid crisis.

The opioid crisis is the result of two factors: the push from the medical abuse, and the pull from the substance abuse. If we do not address these two abuses, our society is doomed to live with the epidemic of the opioid crisis. 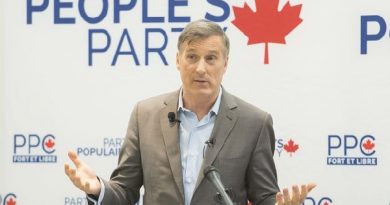 One thought on “The Opioid Crisis the Double Abuses”