Royal Canadian Navy deployed HMCS Ottawa and HMCS Winnipeg to Asia from March to September in 2017, participating the “freedom of navigation” led by the USA at the South China Sea and the East China Sea. Then we deployed HMCS Chicoutimi, a Victoria Class submarine, in September 2017 to the same area, expected to stay there until March 2018.

When was the last time countries encountered navigation problems in that seawaters? That water was first monopolized by Portugal in the 16th Century, then by Dutch in the 17th Century, and by Britain from 18th Century to 19th Century. In the 20th Century, British and US warships harboured at Shanghai monopolized the navigation routes along the coast of China and the route of Yangtze River inside China. During WWII, Japan monopolized the waters for a period of time. After 1949, the West blockade China witch strongly interfered the navigation there. For the last few hundred years, we never have freedom of navigation in the South China Sea until recent few decades.

In 1993, the US Navy intersected the Yinhe, a container ship of China, in the international water. Since 21st Century, there have been pirates off the Somali Coast. We never send warships to Somali coast to protect the freedom of navigation. Now with on incidents of navigation problem, we sent warships to the South China Sea.

From December 3 to December 7, 2017, Trudeau visited China, hoping to change the domestic laws of China to the standard of the progressive trade. With HMCS Chicoutimi cruises underwater near China, the demand of Trudeau is a gunboat diplomacy. Britain dictated the law of trade on China after the Opium War in 1840. But China never yields to foreign powers since 1949. Trudeau was virtually empty-handed from his China visit. But his imperialist attitude toward China harms our national interest more.

The combination of military presence near China and the demanding the standards of the progressive trade blocked the FTA talks with China. Canada is therefore lost an important bargain chip on the negotiation table of NAFTA. We don’t have an alternative to bargain with the USA. The Canadian economy is now at the mercy of the USA.

What’s more detrimental is to our Arctic sovereignty. We consider the Northern Passage our domestic water, but many, including the USA, do not recognize that. If we endorse the “rules” layout by the “freedom of navigation”, or our patrol with our allies in the South China Sea become an international convention, we are essentially abandoning our Arctic sovereignty. The USA and China, the two permanent members of UN Security Council, are the two largest trade partners to each other in the world economy. They have the common interest to keep Northwest Passage as international water. All our Arctic Islands were discovered less than 500 years and with virtually no production activities there. China has discovered the islands in the South China Sea two thousand years ago. Chinese named those islands and have fishing and navigation activities there for more than thousand years. If we challenge the sovereignty of China in the South China Sea, we have no way to claim the sovereignty of the Arctic without losing principle, integrity, and credibility. Any power sending navy fleets to the Northwest Passage in the name of “freedom of navigation” can practically annex our Arctic islands by real politics.

Joining the patrol of the “freedom of navigation” at the South China Sea puts us in an inferior position in the world economy and sacrifices our Arctic sovereignty. 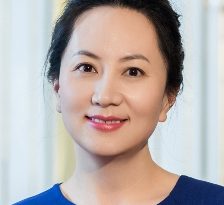