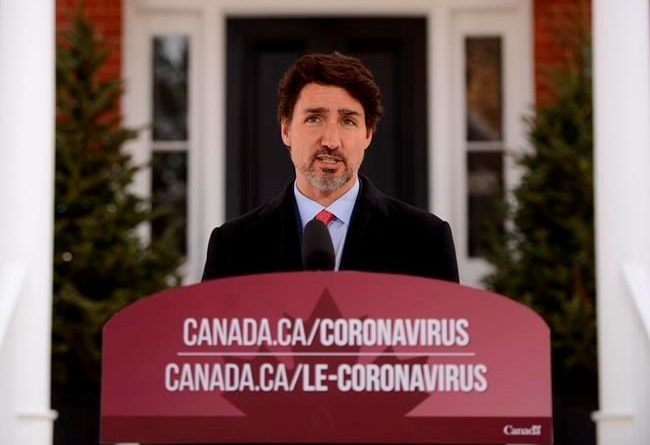 OTTAWA — The federal government announced Wednesday that it is planning a $30-million COVID-19 awareness advertising campaign and moving closer to implementing long-promised tax credits for newspapers as it seeks to support Canada’s struggling media industry during the pandemic.

Yet the measures were immediately deemed by some as insufficient to deal with the financial pinch that newspapers, broadcasters and other media organizations, many of which were struggling even before COVID-19, are now facing as their advertising revenues evaporate.

Several media organizations have blamed that collapse in revenue for their decision this week to lay off hundreds of journalists and support workers, and shift their operations by closing or combining publications and ending print editions during the week.

Prime Minister Justin Trudeau previewed the coming support during his daily appearance outside his Ottawa residence, where he emphasized the importance of Canadians having accurate information while thanking journalists for doing their jobs.

“Right now, it is more important than ever that Canadians have access to the latest news and information,” Trudeau said. “To ensure that journalists can continue to do this vital work, our government is announcing new measures to support them.”

Heritage Minister Steven Guilbeault later announced the government plans to spend $30 million on an advertising campaign to raise awareness about COVID-19 — money that he promised would go primarily to Canadian media organizations.

Those include Canadian newspapers, magazines, television stations and online publications, Guilbeault said, “so the revenues generated by this campaign can breathe new life into our media.”

The federal government has spent on average about $39 million per year on advertising since the Liberals came to power in 2016, according to official figures. That represented just more than half what it spent each year between 2010 and 2015 when the Conservatives were in government.

Those increasingly scarce advertising dollars have also shifted more and more away from newspapers, radio and television toward online platforms such as Facebook, Twitter and Instagram, which are not Canadian-owned.
Guilbeault also said the government has finished putting together a panel tasked with assessing whether media organizations qualify for three different tax measures that were first promised last year.

The most significant is a tax credit that qualified newspapers can claim on up to 25 per cent of the wages or salaries they pay to their journalists or other eligible employees. The credit, which is not available to broadcasters, is retroactive to salaries that were paid starting on Jan. 1, 2019.

“It is essential that Canadians can obtain authoritative, well-sourced and factual information related to COVID-19,” Guilbeault said. “This is why the government of Canada is taking immediate action so Canadians can continue to access diverse and reliable sources of news.”

The measures were widely criticized as too little to make a real difference, including by the head of one large newspaper chain in Atlantic Canada that laid off 240 employees — or about 40 per cent of its workforce — on Tuesday and shuttered several of its publications.

“This is not going to help us,” said SaltWire Network president Mark Lever. “Our business, we see two-thirds of our revenue at risk here. I mean it went away overnight with cancellations and businesses shuttered.”

Lever was skeptical newspapers would get very much of the promised new advertising money, suggesting broadcasters and online platforms would see the lion’s share. And he said newspapers were already working the tax credits into their business models before COVID-19.

“It’s money due to us that’s been frankly already spent,” he said. “So it’s a shame to see that the aid package is repurposing money already committed.”

Bob Cox, publisher of the Winnipeg Free Press and chair of News Media Canada, bluntly accused Trudeau of lying when he spoke of new measures to support journalism.

All the government has done is re-announce measures “that were first announced a year ago that have been mismanaged and delayed and to date have provided zero dollars to news outlets,” Cox said in an opinion piece to be published Thursday in some newspapers.

SaltWire wasn’t the only newspaper group to lay off staff this week. More than 140 employees of a co-operative that owns six daily newspapers outside Montreal were also temporarily laid off on Monday and the organization said it was ceasing print editions during the week.

Lever said what news organizations really need is more liquidity to be able to ride out the precipitous drop in revenue until after COVID-19. That and for the government to finally take action against foreign social-media sites that circulate news content for free while stealing ad revenue.

Daniel Bernhard, executive director of Friends of Canadian Broadcasting, echoed that assessment, noting Facebook, Twitter and other sites continue to benefit from Canadian journalism while being free of having to pay any corporate tax.

Bernhard was also skeptical that the measures announced on Wednesday would make a huge difference to media organizations, adding he was worried the government would be slow in approving tax credits or other assistance at a time when it is facing so many other challenges.

“Not only are these measures small and were probably insufficient when times were normal, I’m not confident that they’ll be able to get this package out the door with enough time to be helpful,” he said. 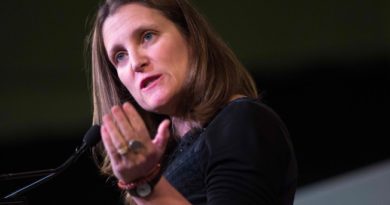 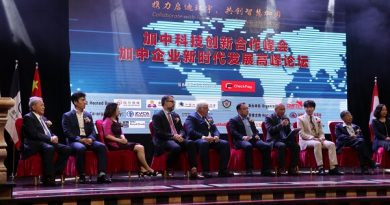