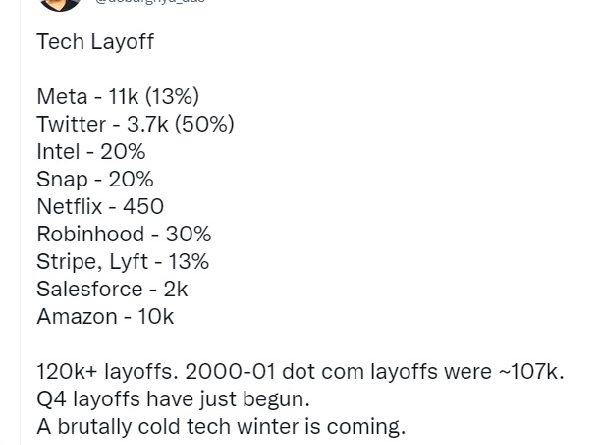 On October 7, 2022, the Biden administration signed a series of regulations. The long-arm jurisdiction prohibits the export of chip technology from all over the world to China and prohibits the export of high-end chips to China. These bans came into effect on October 21. The United States did not mention sanctioning China’s high-tech industry, but these bans are stricter and more thorough than all sanctions. The U.S. move is a serious blow to the global technology industry. The decree was signed on October 7, and the stock prices of Apple, TSMC, and Samsung plummeted on October 10. Chips are a leading high-tech industry. This industry suddenly lost a huge market, which triggered a wave of layoffs in the high-tech industry. Bloomberg reported on October 11 that chip giant Intel is expected to lay off 20% of its workforce. 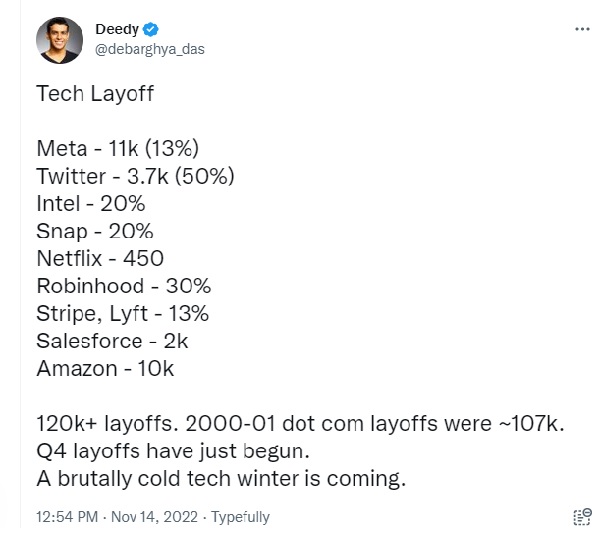 Affected by Biden’s chip war against China, Microsoft has laid off thousands of employees as of October 21, and ARM is also expected to lay off 12%-15% of its employees, which is also cutting thousands of positions. Zuckerberg’s ambitious Metaverse once had a market value of trillions. Under the impact of Biden’s chip export law, the market value in November was only 256 billion, shrinking by nearly 75%. For this reason, Metaverse will lay off 13% of its employees. 11,000 staff cuts. The Metaverse does not only rely on software but also various hardware terminal devices and chips. The Metaverse was originally the pride of Governor Ford for introducing foreign capital. The Metaverse originally planned to create 2,500 jobs in Toronto, but now it seems difficult to achieve.

Biden’s chip war against China did not start in October 2022. Biden’s chip war against China is the rise and fall of sanctions on Huawei after the Meng Wanzhou case. Huawei originally had a lot of R&D investment in Canada, and these investments were forced to divest under pressure from the United States. In May 2022, Canada banned Huawei and ZTE’s 5G technology. In the two months of May and June, the North American technology industry cut off 20,000 tech occupations, and the layoffs included Apple, Amazon, Metaverse, and so on. The media claiming that these layoffs are due to COVID-19 is a lie. The epidemic has promoted the leapfrog development of online shopping. Amazon’s online shopping business has surged. During the epidemic, people used more remote work and education and used cloud social networking. This is a great business opportunity for Apple and Metaverse. The real cause is the Biden chip war. The shortage of chips has hit the automobile manufacturing industry hard, and of course, it has also hit the technology industry which relies on chips. The chip industry is the core industry of the technology industry, and its upstream and downstream supply chains affect many technology industries. The United States sanctioned China’s chip industry, which has greatly increased the cost of the global technology industry, such as the increase in the price of personal computers used by companies, forcing technology companies to reduce their business and lay off a large number of employees. In July, the Canadian e-commerce company Shopify announced 10% layoffs, laying off thousands of employees. The COVID-19 pandemic is of course a good time for the development of e-commerce. It is too far-fetched to say that layoffs in the technology industry are affected by the epidemic. Of course, the shrinking consumer market caused by inflation may be one of the factors for layoffs in the technology industry, but inflation is also an inevitable outcome of the decoupling of the economy from China. China is the engine of the global economy and contributes the most to the development of the global economy. Decoupling China’s economy will embarrass its own economy. The R&D cost of scientific and technological innovation is high and the cycle is long, so there must be a large market to spread the R&D cost. The U.S. high-tech embargo against China has drastically reduced the commercial viability of many R&D projects in the technology industry. This is the economic logic of layoffs in the technology industry, and innovative industries have also been hit hard. BetaKit reported on August 15, 2022, that start-ups around the world had laid off nearly 70,000 employees in 2022. Waterloo is Canada’s Silicon Valley, and layoffs by start-up companies have had a huge impact on employment in Waterloo. On November 4, 2022, the U.S. Census Bureau released an employment report, saying that the United States has added 260,000 new jobs, but those are not technology industry jobs. The wave of layoffs in technology industry jobs has just begun, and technology companies are still laying off employees one after another. On November 14, Amazon announced that it would lay off tens of thousands of employees. The most astonishing thing is Musk’s execution. After acquiring Twitter, he laid off 50% of its staff.

Within the long-arm jurisdiction of the United States, there is a wave of layoffs in the technology industry around the world. This is a severe winter for skilled immigrants in Canada. Only China’s science and technology industry still has a blue sky in the job market, and the salaries of Chinese science and technology personnel have increased significantly. The U.S. science and technology war against China reproduces the backlash phenomenon that sanctioning Russia in the Ukrainian war actually hurt Europe. In Canada, Qiu Xiangguo’s team was disbanded in July 2019. More than three years passed, the Royal Canadian Mounted Police has not provided any evidence about Qiu Xiangguo’s suspicion of espionage. On November 14, 2022, RCMP detented, again, Wang Yuesheng, a Chinese researcher at Hydro Quebec. Chinese scientific and technological personnel are frequently persecuted for no reason. Overseas Chinese in science and technology face huge employment barriers. Under the dual pressure of the economic situation and political atmosphere, more and more Chinese students studying abroad have made the decision to return to China. 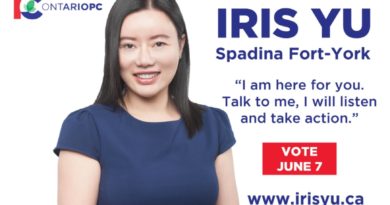 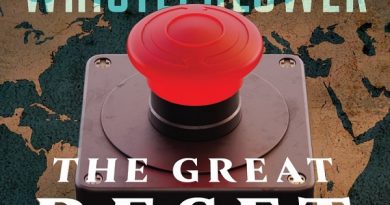