The symbol of Chinese dragon has a totally different cultural meaning from the Western dragon. It symbolizes an inclusive civilization uniting all tribes together. Chinese Dragon is the totem of all totems. Chinese Dragon has the horns of moose, the head of a camel, the eyes of a rabbit, the belly of a sea serpent, the scales of fish, the craws of an eagle, the palms of a tiger, the ears of a cow, the beard of a goat, and the body of a snake.

In Battle of Banquan （阪泉之战）at 4500 years ago, The Head of Yellow （黄帝）defeated The Head of Yan (炎帝) I use the word of “head” instead of the “emperor”. “Emperor” has a connotation that hinders the understanding of the Chinese historical heroes. Western emperors in history always imply that an imperial nation suppresses other nations it controls or governs, but that has not been the Chinese phenomena, as we will see below. After the Yellow defeated Yan, Yellow and Yan become allies. The Head of Yellow united all tribes of China. Chinese regard that Yellow and Yan are their common ancestors（炎黄子孙）. Yellow was then become the President of United Tribes of China, and dragon become the totem of United Tribes of China. The Head of every dynasty of China ever after used the symbol of the dragon to represent the authority of the Head. The dress of the heads of a dynasty is called the dragon dress （龙袍）. The bed the head of a dynasty slept is called dragon bed（龙床）. The chair the head of a dynasty sit is called dragon chair（龙椅）.

Before Battle of Banquan, Yellow was a nomadic tribe just like Abraham of Jews in the middle east; while Yan was an agriculture tribe. After Battle of Banquan, the United Tribes of China become an agriculture civilization. The agriculture civilization relied heavily on water irrigation and rains to cultivate crops. Chinese Dragon has then long been the symbol of the water cycle from seas to heaven to rains to rivers. It is amazing to see how Chinese dragon symbol so precisely represents our scientific understanding of the water cycle in our Earth. It has been the Chinese myth that Dragon is living underneath the sea, flying to the sky to create clouds and rains, and as a flood rushes through the river into the sea. There have been many ceremonies to pray the Dragon for moderate rains that prevent droughts but not forming floods. Chinese civilization is the most developed agriculture civilization and Dragon is a heavy loaded symbol in the Chinese culture.

The Battle of Banquan happened around 2,500 BC. It was a very significant historical event. As a war, it indicates that there were states, or civilization, at that time. It indicates that the matriarchal society had gone and they were in the patriarchal society. There had been property and private ownership of properties. What makes the event significant is that Yellow, the winner, viewed Yan the defeated as an equal and both of them become the one as the common ancestors of Chinese.

This event defies the Marx’s theory of Human history. Marx concluded that Human history evolves from a matriarchal society, the primitive communist society, into a slavery society. Marx was generalizing the European history into other areas. According to the definition of Marx, slavery society is a society that slaves are the means of production. China might have slaves in ancient time, as the archaeology discovery discovered and ancient literature record; however, those slaves are household maids or servants, not used for production.

If there was slavery system in China, the conqueror would have enslaved the defeated, and Yan would have been the slave of Yellow. That was not the case. Empire in the West enslaved the conquered in the history. In fact, imperialism is based on racial discrimination. Slaves are the defeated race. That’s why naming Chinese kings emperors are misleading. Chinese civilization has not emperors in the European sense. If Yellow was an emperor, he would have enslaved the Yan. Marx concluded that the Human history undergoes stages of slavery society, feudal society, and capitalist society in a sequence. Marx was wrong. It is the European history, not Human history. China has no slavery society in the sense of slaves as a production labour. China also ended feudal society since Qin Dynasty, arguably two thousand years before China enters the capitalism. Since 221 BC, China had had the county system that each county has an appointed officer running a bureaucracy composed of public servants. There were no lords, no duchies run by nobles. The officers and public servants could come from the bottom of the society by imperial examinations.

Yellow defeated Yan at the Battle of Banquan, and the two become one entity of shared destiny. Yellow and Yan together conquered other tribes in the Yellow River valley. But they did not establish an empire in the European sense. The conquered tribes were then joint the Chinese civilization as an equal and form the one people of Chinese. Their totems become part of the Dragon Totem. They all share the same destiny of Chinese Civilization. No empire. No slavery. No race discrimination that one tribe enslave another.

As we can see through the history, from the very beginning, China has no intention to establish a hegemony empire. When Xi says that let us cooperate in building a world of shared future for mankind, he expresses the fundamental of Confucianism ideal.

Why wasn’t Chiang Kai Shek able to eliminate the Communists during their Long March? 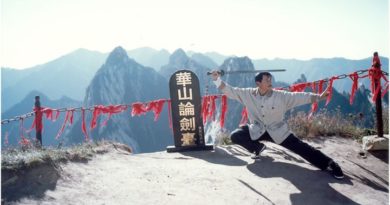 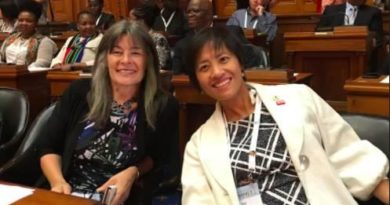